This text was published originally on Quora as an answer to the question: What is it like to be an extra on Game of Thrones. 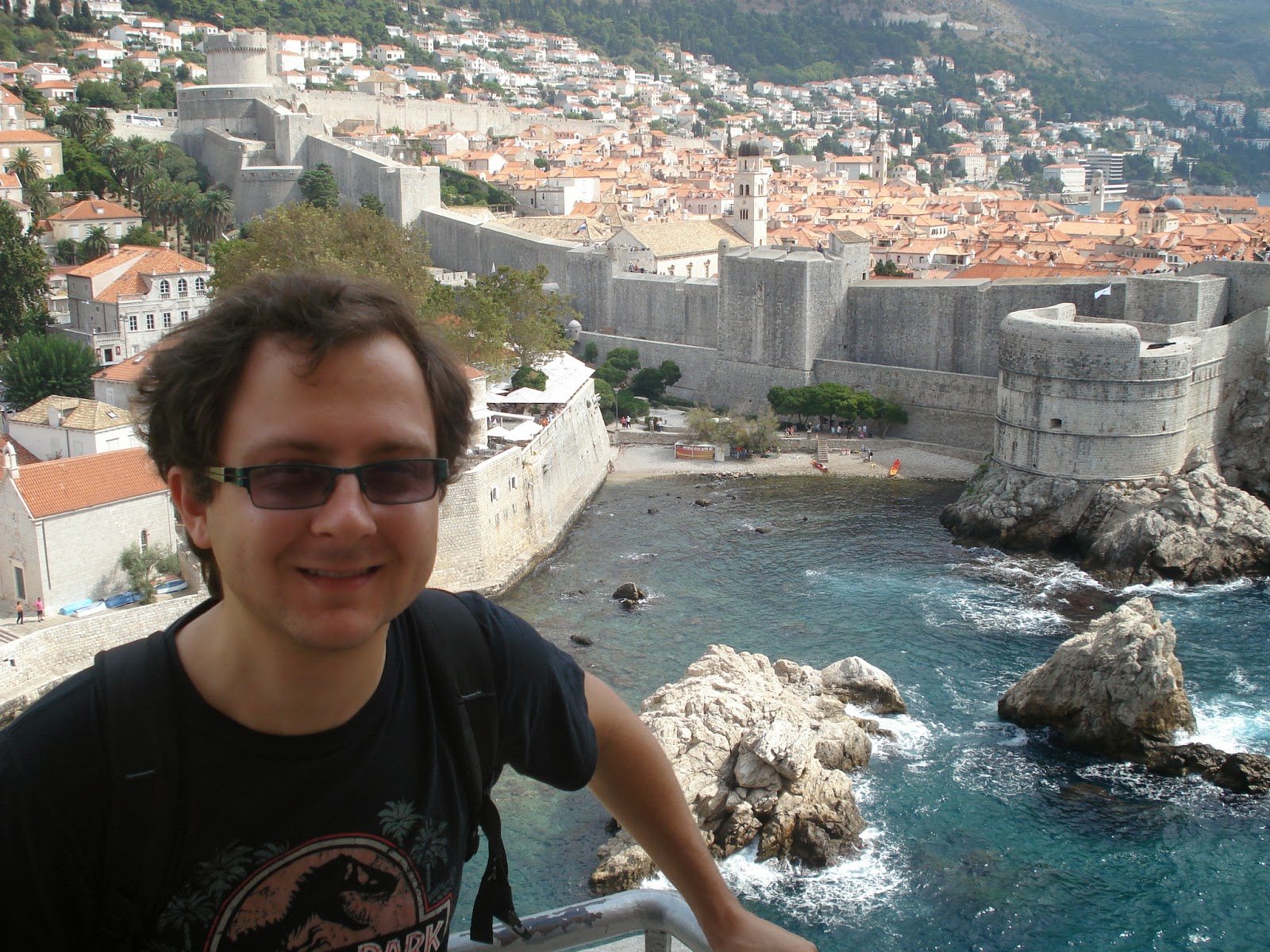 A view from the fortified historical center of Dubrovnik (a.k.a. King’s Landing)

Being an extra on Game of Thrones is an amazing experience. I was fortunate enough to participate in King Joffrey’s wedding party as a servant (see the pic below). That scene was shot in Dubrovnik, Croatia, an incredibly beautiful historical city at the shore of the Adriatic Sea. At the time I had only read the first book of the series, so I wasn’t expecting the major spoiler that happened on that precise episode. But let me tell you - if there is a situation where it is alright to receive a spoiler, that was it! I had the rare opportunity to see that little prick, king Joffrey, choke to death a dozen times just a few paces from me! 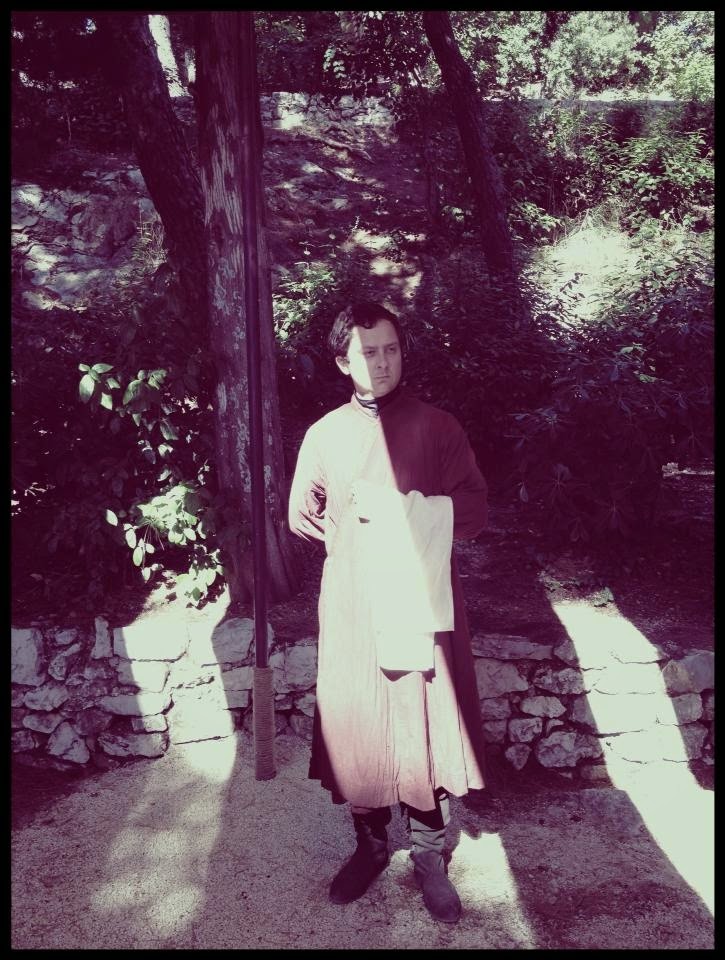 Well, this brings me to one of the cool point of being on set. For a fan, it is kinda difficult to separate the actors from their characters, so it was a real surprise when I struck in conversation with Jack Gleeson, the actor who plays Joffrey, and he turned out to be a really nice guy who let me take a picture with him! Lena Headey, the actress that plays Queen Cersei, was also extremely nice. Everybody on King’s Landing was on that scene - Tyrion, Sansa, Loras Tyrell, his grandmother and his father, Lord Tywin, Lord Varys, Grand Maester Pycelle, Lady Brienne, Ser Jamie, Oberyn and Ellaria Sand… Well, you know, you watched the episode. I could chat to some of them and take a glimpse to others. I also discovered Lord Varys’ secret to be informed of everybody’s lives and whereabouts in King’s Landing… He checks everybody’s profiles on Facebook between shots! Probably he uses a medieval version, like Westerbook or something. :-D

The five days I spent on the set were amazing. They were intense - we had to meet at a pickup point at 4 AM and were dropped off at the same point at 7 PM, but everything was so exciting that even the long hours didn’t matter. We spent the whole days in our costumes, and it was amazing to be surrounded by noble men and women, soldiers, servants and maids. It is funny that you kinda begin to think that everything is real, and you kinda start to think that the guys in armor are really soldiers, though they’re regular people just like you. It is kinda scary, if you think about it. It was also extremely funny the anachronisms that you see in a place like that. Though your brain is starting to accept that you are in a medieval world, suddenly when you look to the side you see a servant typing on his iPhone, or a City Watch guard smoking a cigarette, or an old nobleman drinking boxed juice…

Most of the extras were locals from Dubrovnik or nearby cities in Croatia. I was surprised to find out that most of the people with whom I chatted about the series didn’t know anything about it! Especially the older extras. But even the people that didn’t know the series well at the end of the shooting regretted not having given enough attention to it before.

The work as an extra is fairly easy. Most of the time you are waiting, because not all scenes required all extras. While we waited we chatted, or walked around the set, or spent time watching at the beautiful view of the sea that particular location had. When we had to shoot, there was a production assistant who placed every extra on the place he should be and explained what we should be doing. Being a servant, I mostly had to walk among the tables pouring fake wine on the noblemen chalices, or carrying plates with fake food from one place to another. It wasn’t me who poured Joffrey’s wine, though… :-) It was kinda lucky to be a servant on that scene - the noblemen were sitting all the time and the soldiers were hidden inside their armor. Given that we servants were walking on the set all the time, we had a greater chance of appearing on camera. And I did, though briefly.

Another great aspect of the experience was to work in a different country among locals. I am from Brazil, and being surrounded by Croatian people while doing work was awesome. And the Croatian people were so welcoming and nice that I really felt at home.

Well, at the end of the shooting reality struck back and it was a little sad to see everybody in their regular clothes and having to say goodbye. That was an experience that I plan to do again sometime on the future and I strongly recommend to anybody!

Here are some screenshots from the episode where I appear briefly. 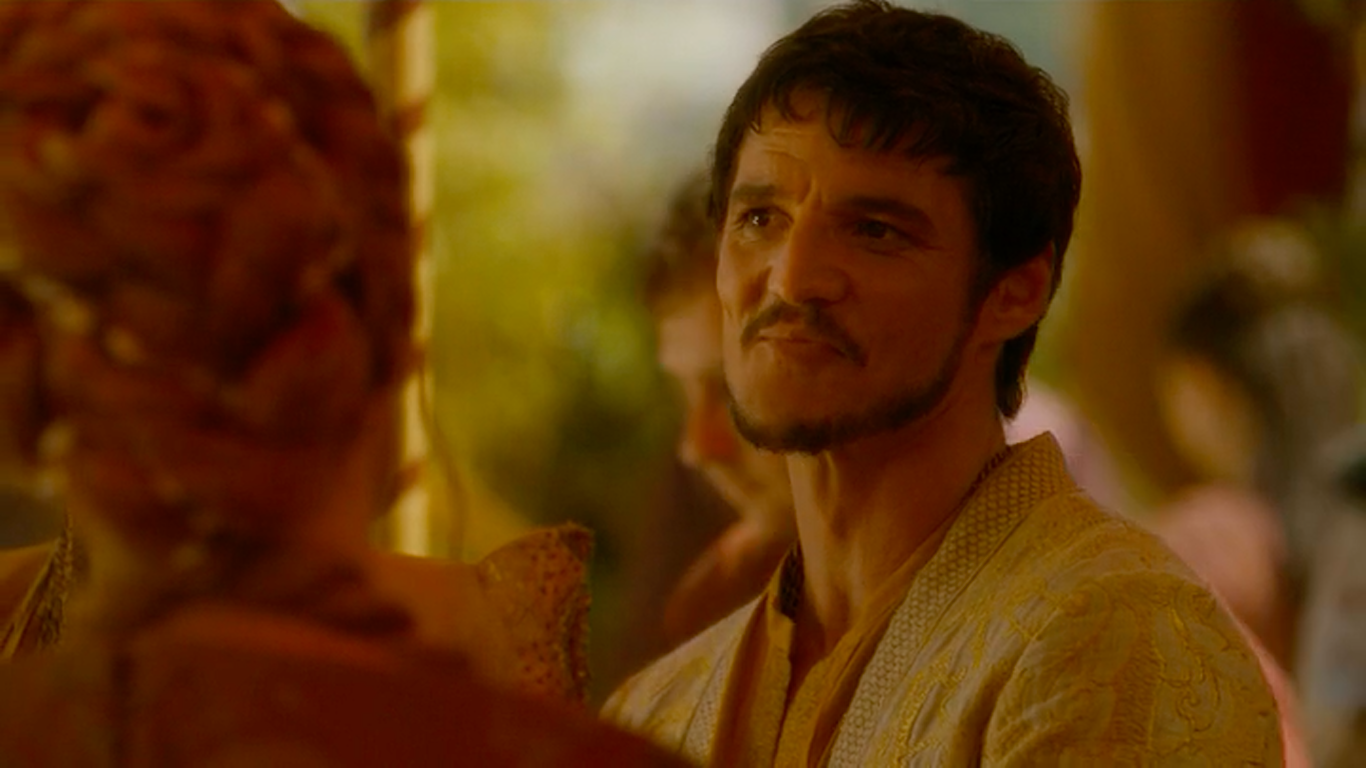 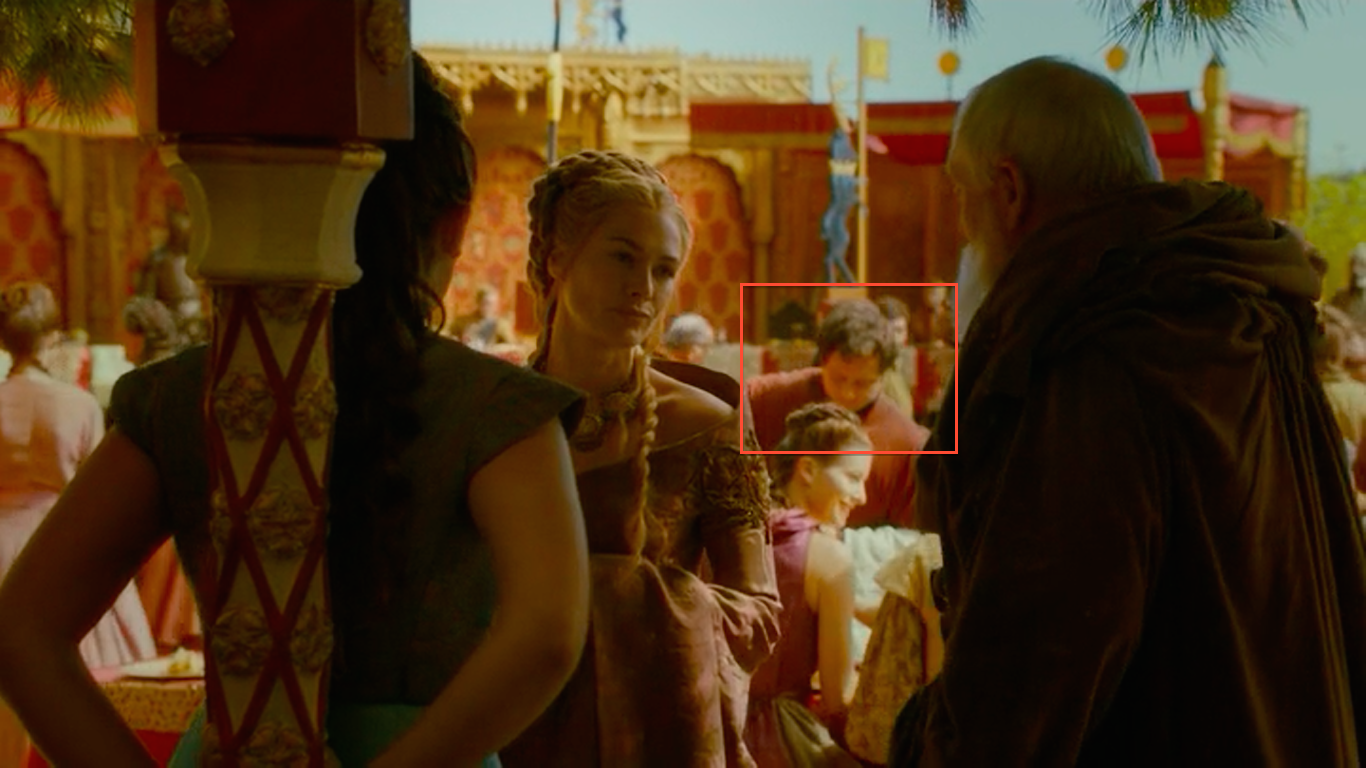 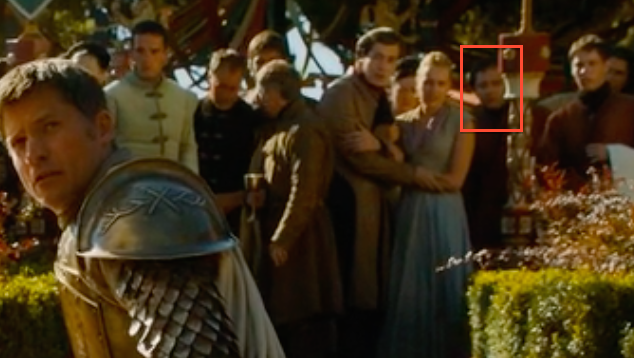 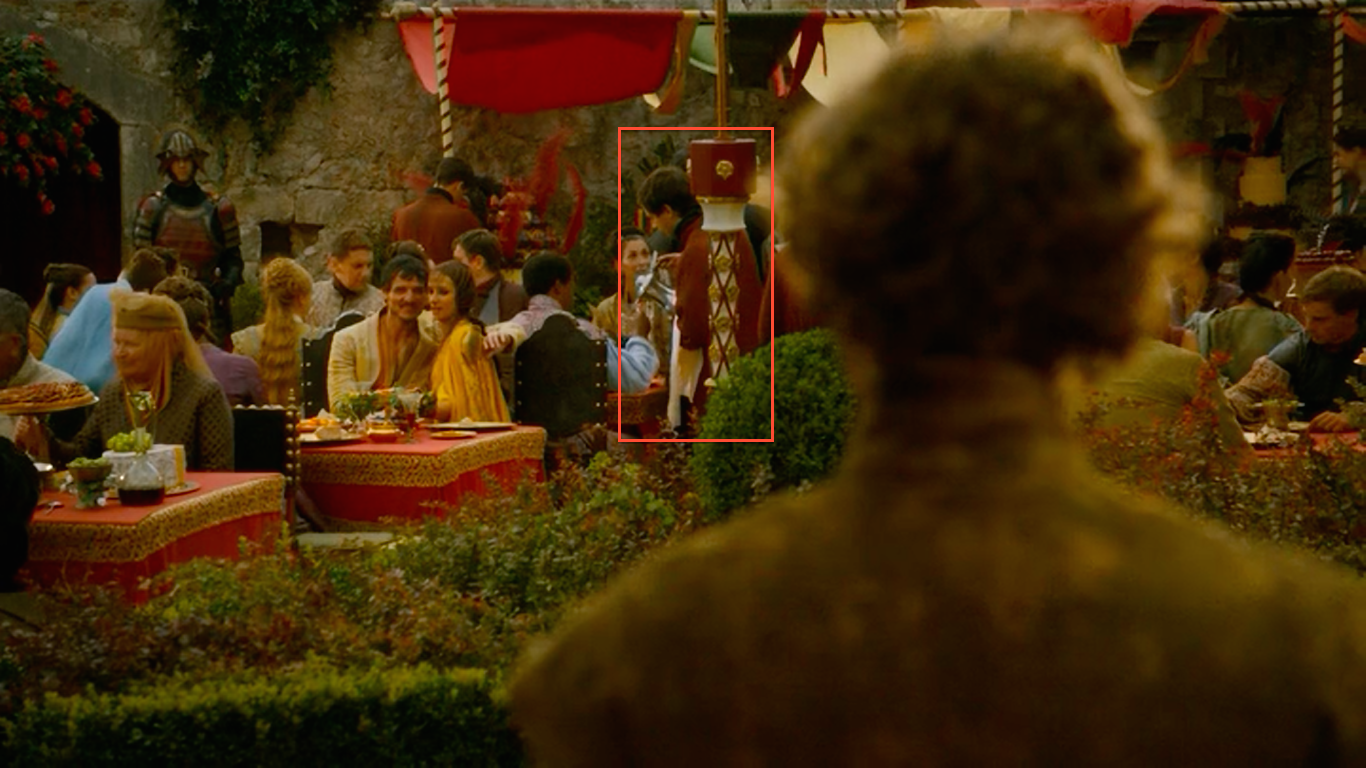 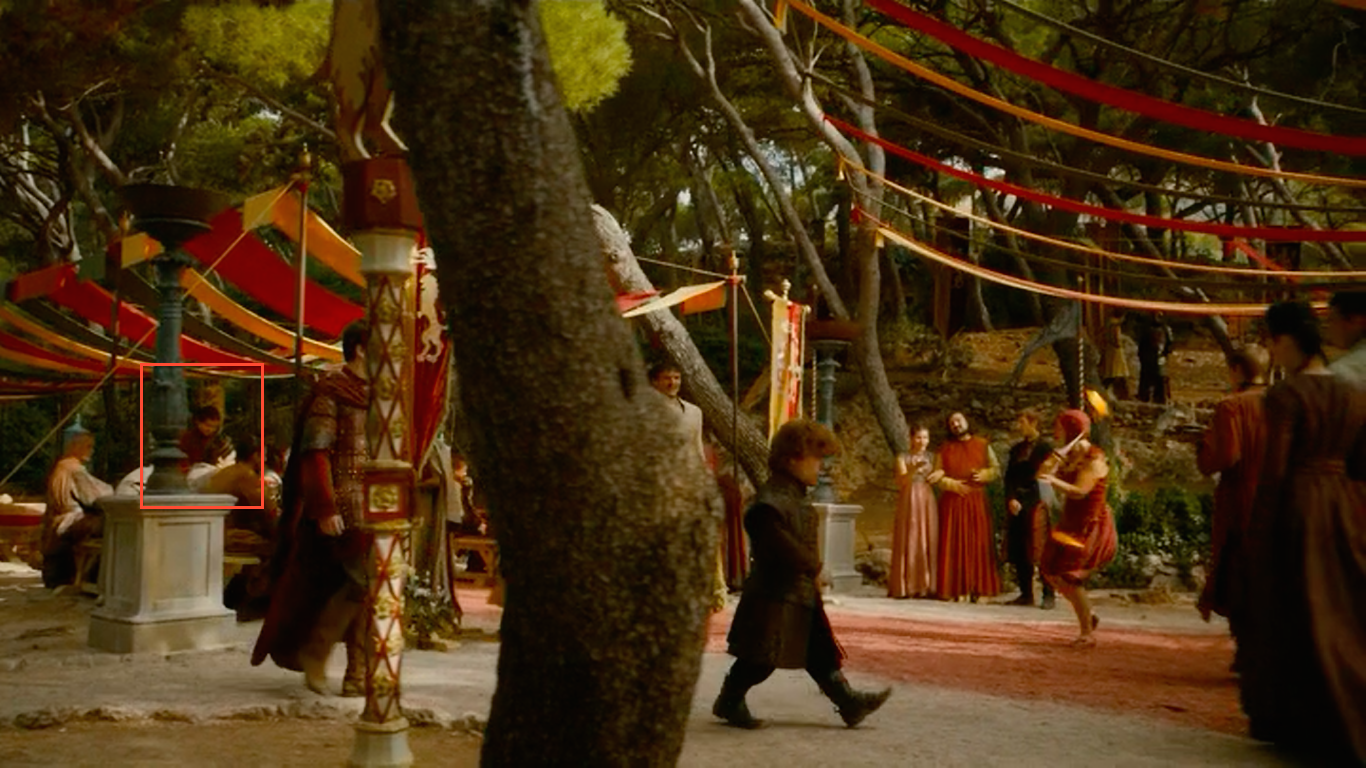 And here are some awesome photos with people you might recognize. 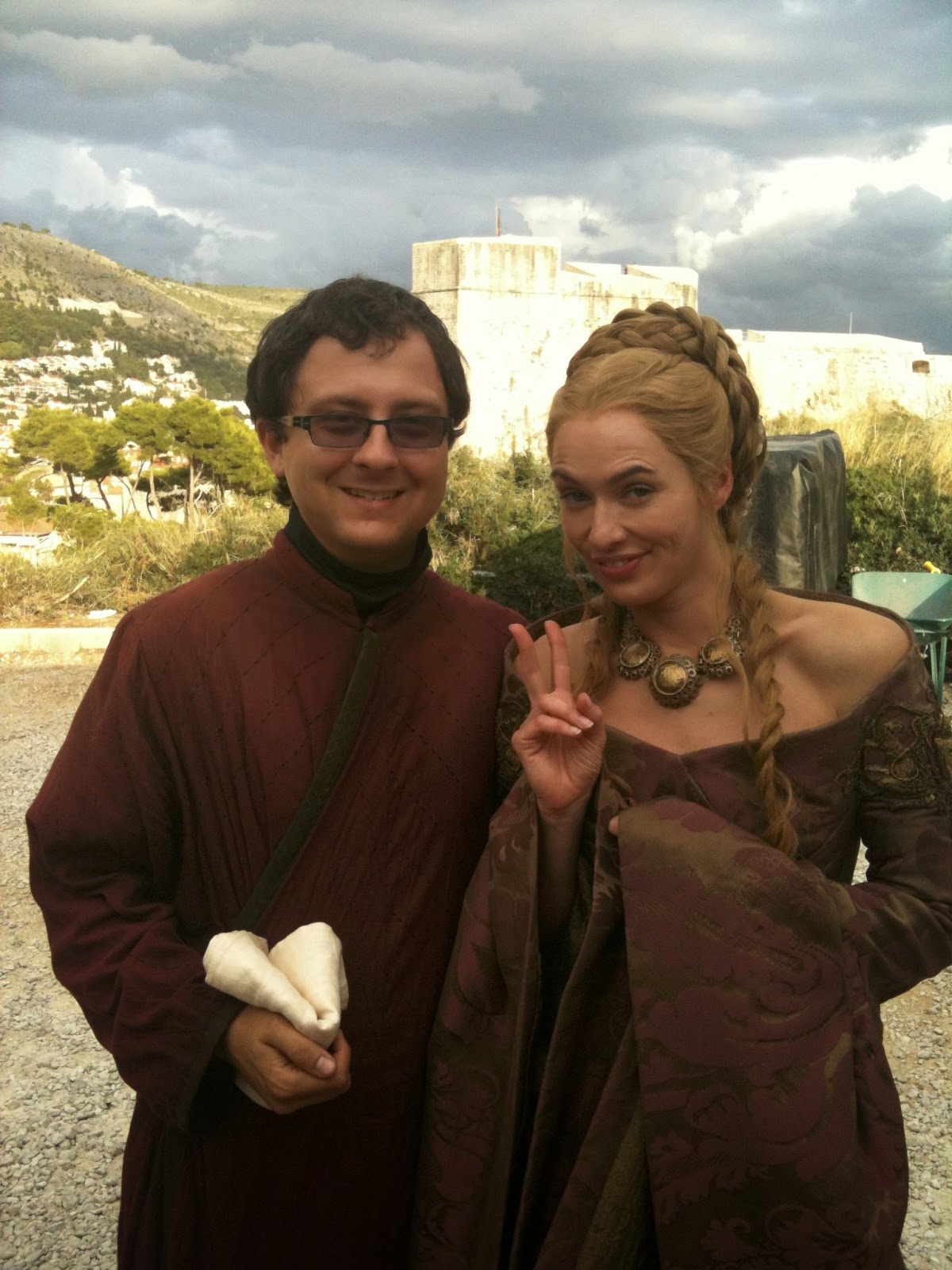 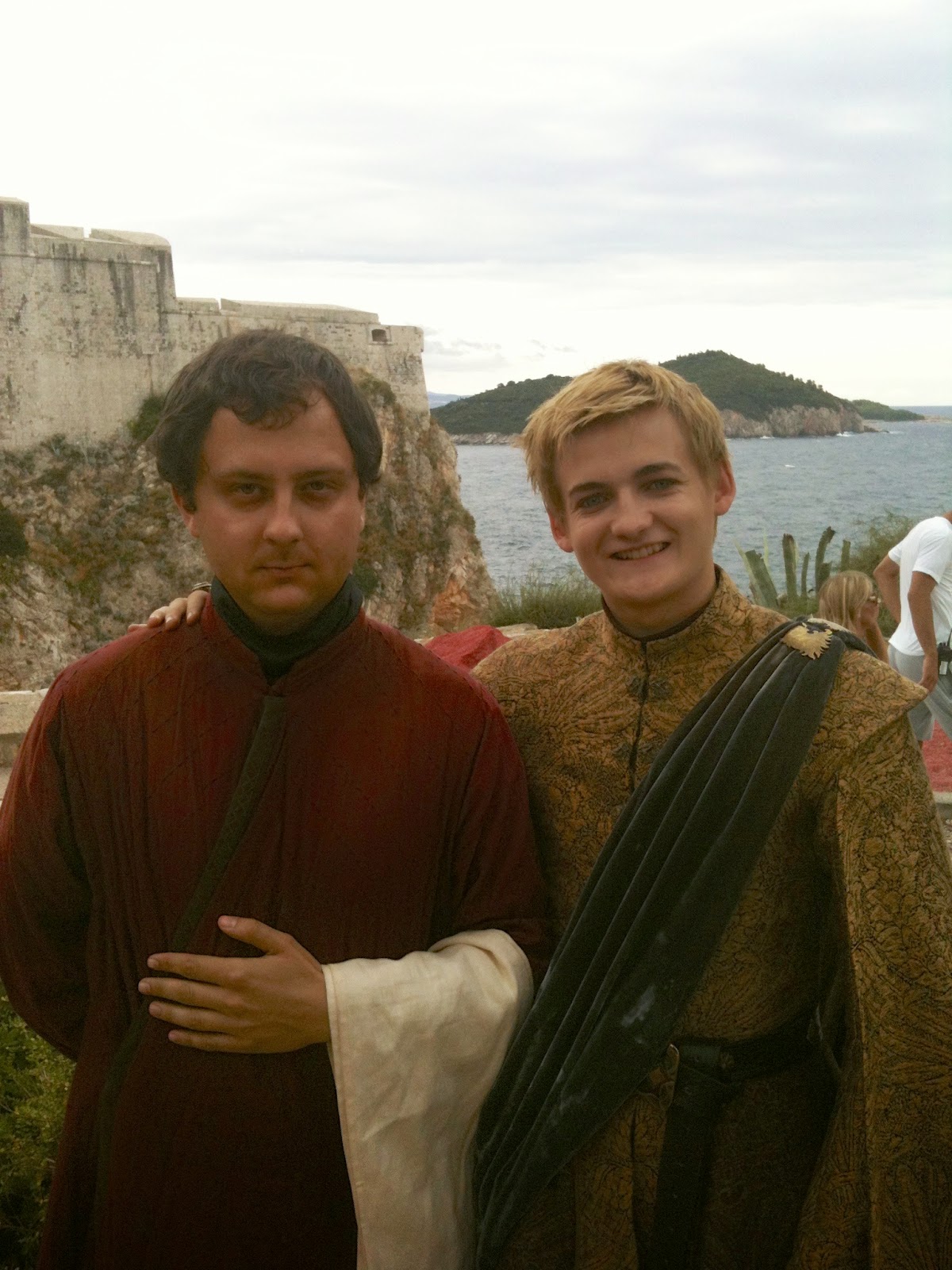 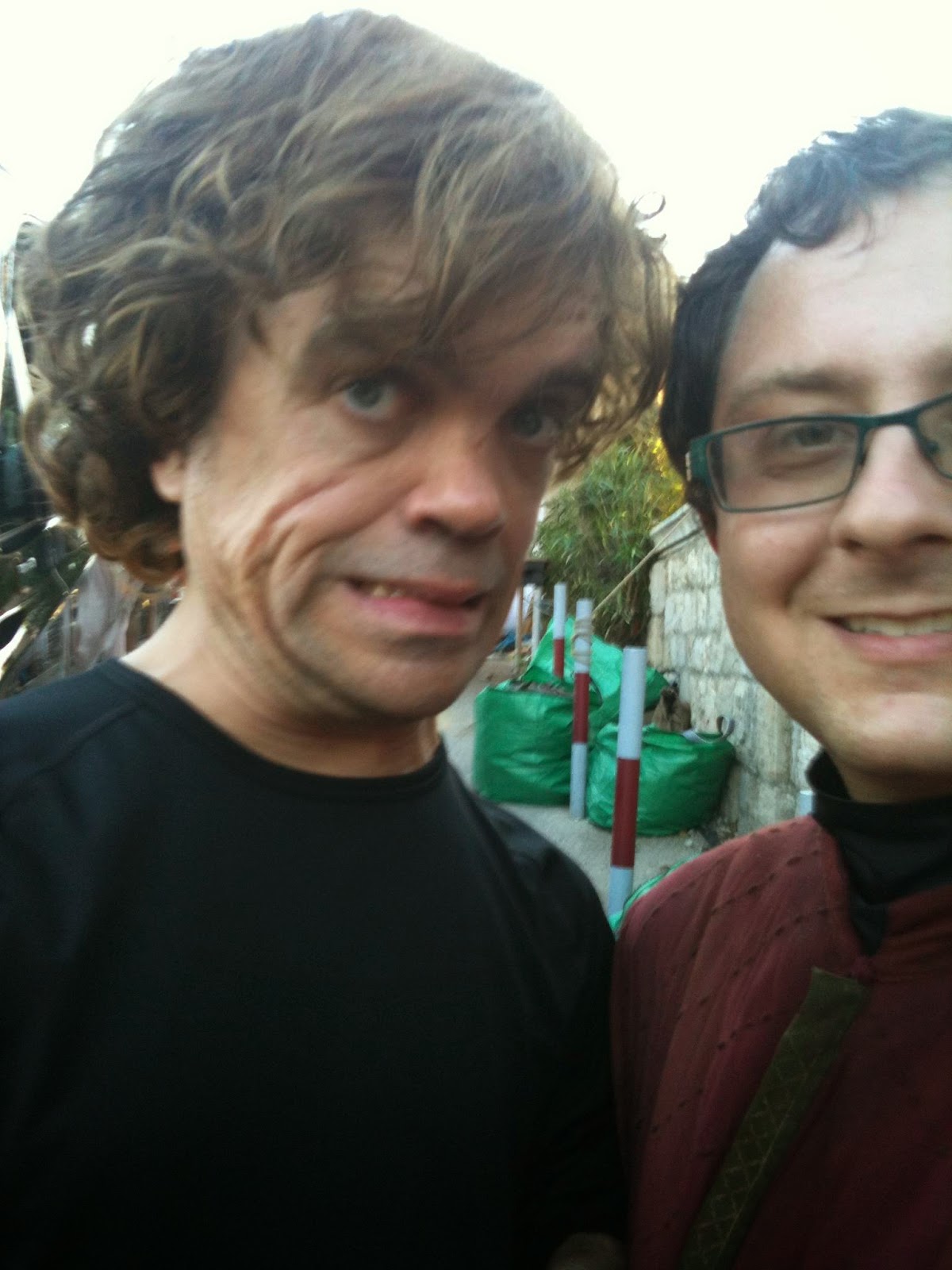